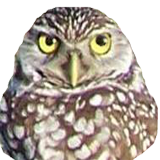 In the early days of Windows 95 and 98 it became obvious that the layout of the Windows OS platform was configured for the purposes of support. Support techs, whether Microsoft or OEM, could use a script of questions to discern a customer's problem, then use scripted solutions for the answers to those questions. Everyone's Windows installation had every component located in the same file paths, so telling a user where to go and what to do to fix a problem was the same for everyone. This reduced the time and associated costs for support, and is an effecient business model.

Hardware at the time was advancing rapidly, but Microsoft was not necessarily reconfiguring Windows to take full advantage of improving hardware. The primary focus of the Windows configuration was still targeted toward efficiency of support. Motherboards were available with two EIDE connectors, each capable of supporting two HDD's for a total of four HDD's, communicating via 80-conductor ribbon cables through UDMA. The hardware could send/receive data from more than one HDD at a time.

To log into Windows required reading data from three folders, \Windows, \Users and \Program Files. Could the process be speeded up by putting those three folders on separate HDD's? Yes, indeed, measurably and noticably faster. Not only was login faster, programs loaded faster, and copying files between HDD's was faster. I have never looked back. A necessary tool in my re-configuring of Windows was drive imaging, so I no longer needed Microsoft's support. My support now came from drive imaging.

My #1 suggestion, my top recommendation for success as a Windows user, is to commit to an established regimen of regular drive imaging.

My daily driver desktop is dual boot. The A side is carved up similarly as described in Partitioning Options, but using Microsoft supported techniques for moving User folders and Program Files/(x86) folders. The B side is carved up using the methods in Tame 10.

my site. If you notice broken links or something seems awry, click on the Contact Me link and shoot me an email, please. I would apprciate it.